Regular Church Services Services during the Weekday and Sundays

Notices Notices for the week 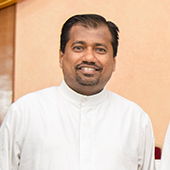 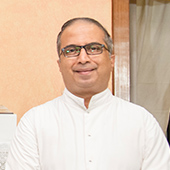 2017 Onward
View all our Priests

Saint of the Poor

During Pope Sixtus II’s rule St Lawrence was the Deacon of the Church of Rome. Being the Deacon, he was in charge of the management of Church goods. Emperor Valerian, who was the then reigning king of Rome, with his eye on the treasury of the Church ordered that they be handed over to him. St Lawrence knew the disastrous results of such wealth getting into the wrong hands. He came out with a bouncer. A solution that brought a lot of smiles on the faces of the poor. St Lawrence, instead of giving the wealth to the emperor, emptied the treasuries and distributed it among the poor. When the emperor sent his men over to gather the church’s treasures St Lawrence presented them with treasures of a different kind. He brought to them the poor and the physically challenged saying that it was these who were the treasures of the Church. Thus, St Lawrence is also called the Saint of the Poor.

St. Lawrence, one of the deacons of the Roman Church, was one of the victims of the persecution of Valerian in 258, like Pope Sixtus II and many other members of the Roman clergy. At the beginning of the month of August, 258, the emperor issued an edict, commanding that all bishops, priests, and deacons should immediately be put to death. This imperial command was immediately carried out in Rome. On 6 August Pope Sixtus II was apprehended in one of the catacombs, and executed forthwith. . also that when Pope Sixtus II was led away to his death he comforted Lawrence, who wished to share his martyrdom, by saying that he would follow him in three days. Four days later, on the 10th of August of that same year, Lawrence, the last of the seven deacons, also suffered a martyr's death. The saintly Bishop of Milan also states that St. Lawrence was burned to death on a gridiron.

St Lawrence is one of the most widely venerated saints of the Roman Catholic Church. Devotion to him was widespread by the 4th century. As his martyrdom occurred very early in Church history, many other Christians honor him as well.

St Lawrence is especially honored in the city of Rome, where he is one of the city's patrons. There are several churches in Rome dedicated to him, including San Lorenzo in Panisperna, traditionally identified as the place of his execution. The church of San Lorenzo in Lucina, dedicated to this saint, still exists. The feast day of St. Lawrence is kept on 10 August. He is pictured in art with the gridiron on which he is supposed to have been roasted to death.

He is invoked by librarians, cooks, and tanners as their patron. His celebration on 10 August has the rank of feast throughout the entire Catholic world. On this day, the reliquary containing his burnt head is displayed in the Vatican for veneration.

In Goa, the feast of St Lawrence is celebrated in quite a few places like Agaxim, where he is the patron saint, and at Sinquerim. Mr Rosario Rodrigues, the author of books like ‘Models of Holiness - from India and missionaries on the way to sainthood’ and the recent one ‘The Living Architectural Splendour’, a study on the Church of St Anna, Telaulim, says that the feast of St Lawrence is always celebrated on August 10. After the high mass a procession of the relic of St Lawrence kept in a silver monstrance, which was brought by missionaries to Goa, is taken around the Church.

On the Sinquerim hill stands the Church of St Lawrence offering a pleasant view of the sea. Nobody knows the reason why this saint is associated with the sea. Some like Annie Siveria, a housewife from Sinquerim, says that probably the saint is dear to the fishermen because from the sea the only two things visible are the lighthouse at Aguada and the Church of St Lawrence. On the feast day, after the high mass, the parish priest blesses the sea from the bandstand that is in the Church compound. He performs the blessing by lifting the monstrance having inside it the Blessed Eucharist. “Poile padri ani irmao dorian vetale, bengiar korpak, put ata accidents zaina zavpak ata te dorain vochona” – “ Earlier the priest accompanied by some parish members used to go in a canoe into the sea and bless it, but now they bless the sea from the Church,” informs Lourdina Belgal, another resident of the area.

Elders of the areas say that sandbars at the mouth of the sea were cleared after the holy blessings long ago. The fishermen used to face difficulties in taking their boat into the sea due to this sandbar. However, now with the use of mechanised boats, the problems of sandbars are overcome. Yet many fishermen still do not venture out into the sea until the blessings are done. 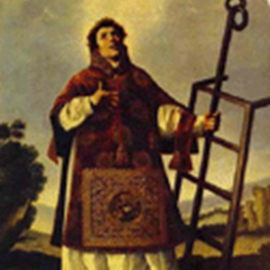 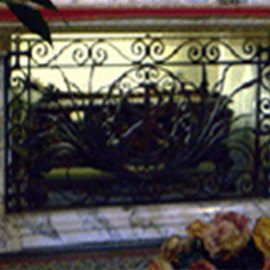 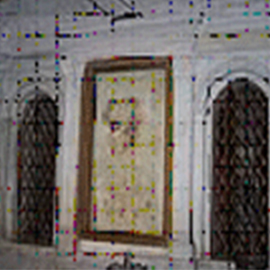 The stone on which Saint Lawrence's body was laid after death, in San Lorenzo 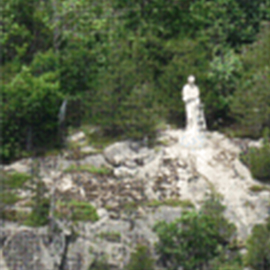 Where once mango groves and lush green paddy fields regined supreme, one finds today only a concrete jungle. It was inevitable, when accommodation became an cute problem within Bombay city limits, people flocked to distant suburbs in search of cheap residential quarters. So, natural habitat gave way to human habitat. Thus, came up D’ Souza Wadi, Sivaji Nagar, Shanti Nagar, Hira Moti Nagar and lot of other ‘Nagars’ in and around Wagle Estate area.

People living in these areas had to naturally fulfil their religious obligations. To serve this purpose, today stands a loft a simple and elegant St. Lawrence Church- a symbol of people’s perseverance and devotion. It carries with it a history that is marked by sheer hard work, sincerity of purpose, paucity of funds and close co-operation between laity and the clergy.

The story goes back to 1964-65. Very few Catholic families then resided here and went to attend Sunday Mass either at St. John the Baptist Church, Thane or St. Joseph’s Church, Vikhroli. While people walked adistance off 7 Kilometres to reach Thane church in the absence of a direct bus service, Vikhroli was accessible either by train or by bus.

Meanwhile, Associated Cement Company at Mulund had made arrangements for its workers and nearby people to attend Sunday Mass in its premises. A priest from Thane used to come and offer Mass at the small shed built in the compound. “Going for Mass at the Cement Company was slightly better than going for Mass at Thane or Vikhroli. But it had its own problems, specially during rainy season, says Mrs. Caroline D’ Souza (77), who has had a ring-side view of the developments that led to the building of the present Sr. Lawrence church.

Then in 1970, Fr. Valerian Godinho started St. Pius Colony at Nahur and people found it convenient to go there to fulfil their religious needs. When Mgr. Vincent Gonsalves arrived as the parish priest of Thane, an Episcopal Decree declared that people living beyond the Check Naka nullah belonged to Thane parish.

This created lot of hardships to people of Wagle Estate area as they were fulfilling their religious Duties at St. Pius X Church ever since it was started. Reaching the Thane church was inconvenient as there was no direct transport available.

It became very difficult for people to organize their baptisms, holy communions, weddings and burials. Whenever people approached St. Pius Church, they were told to approach Thane parish. Even school admissions were stopped. Sending school children to St. John proved to be very laborious and expensive because school bus did not come to Wagle Estate then.

Mr. Leo D’ Mello and the late Mr. Alexander Mathew were the first to collect church support for Thane parish in the year 1972-73. As they went around for collection, people queried whether arrangements could be made to offer Sunday Mass at Wagle Estate itself. Accordingly, Fr. Godinho and Fr. Jose Vincent of Thane parish were requested. But nothing really happened.

Meanwhile, the number of Catholic families kept on increasing in various ‘Nagars’ adjoining Wagle Estate. There were more and more requests now for a local Sunday Mass. So Mr. D’ Mello, Mr. Henry Rodrigues, Mr. Mathew, Mr. Elias Passanha and others conveyed these requests repeatedly to Mr. Gonsalves, who in January 1978 agreed for the same.

The first Mass at Wagle Estate was offered on February 5, 1978. It was held in the open space in front of the residence of the late Mr. Lawrene D’Souza whose family provided a table as a makeshift altar. A huge tamarind tree provided shelter for 150 people who attended the service. After the Mass, Mr. D’ Mello remarked, “This was born ‘The Wagle Estate Catholic Association’. The first office bearers were, Mr. P. V. Rodrigues, President : Mr. P.D. Anthony, Secretary and Mr. Benjamin D’ Souza, Treasurer, Mr . D’ Mello and Mr. D’ Souza became advisers. A 17-member Executive committee was formed to help the office bearers.

The regularity of Sunday Mass came to be disrupted in May in the absence of priests who had gone on vacation. The members of the committee immediately rushed to Thane Parish to explain to the priests there the need for a regular Mass. Their persuasion succeeded. Fr. Blaise Nazareth, Fr. John to offer Mass every Sunday.

But there were more problems in the offing. The open air Mass was fine when weather was bright. But the monsoon was fast approaching. The members of the committee had to do some serious thinking. The D’ Souza family thought of the need of people and provided timely help. With their permission, a shed was raised using bamboos and Tarpaulin. The expenses came to Rs. 2,800/- of this Rs. 500/- was paid by Mgr. Gonsalves. The rest was collected from people. The manual work was entirely done by committee members due to paucity of funds.

The first Christmas Mass was celebrated in the shed in a grand manner in 1978. It was concelebrated by three priests. Mgr. Gonsalves was the main celebrant. The money required for various expenses including lights, decoration, etc. was collected through a raffle which became a regular feature every year.

The committee members took keen interest to keep the Sunday Mass going. The open shed where the Mass was being offered used to be dirtied by cattle and pigs. So the committee members used to come every Saturday evening to clean up the place so the Mass next day could be offered in clean surroundings.

They also kept up the monthly collection drive so as to keep the cash ready when it came to buy a plot. The opportunity for this came when Mrs. Caroline D’ Souza offered a land of 1000 Square yards for a price of Rs. 70,000/-. The Association grabbed the opportunity by paying a token money of Rs. 5,000/- which was collected from people who paid generously to this cause.

During the final agreement, however, the D’ Souza family accepted only Rs. 50,000/- and rest of the Rs.20,000/- they offered as a donation to the church. In memory of this generous gesture, as suggested by Mr. A.R. Didacose, it was decided to inscribe the name of the late Mr. Lawrence D’ Souza on a marble stone and install it on the front wall of the chapel that was to be put up. 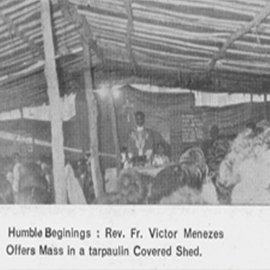 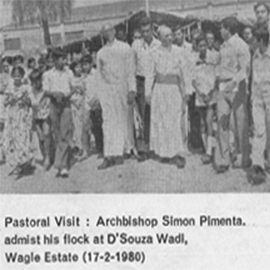 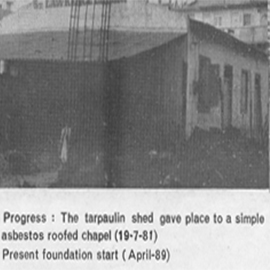 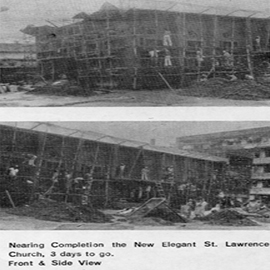